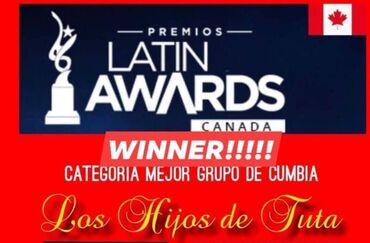 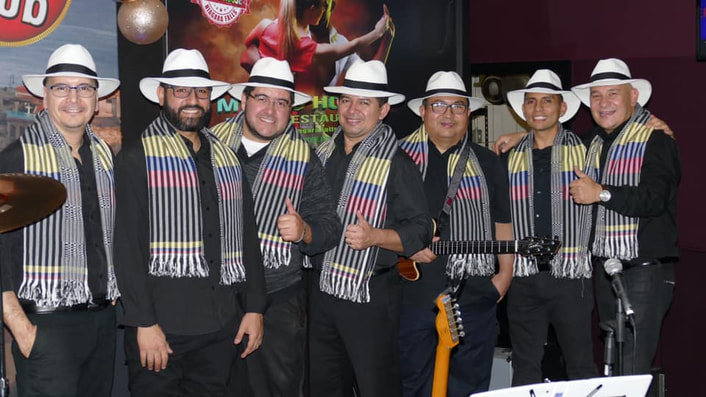 ​English
THE SONS OF TUTA (Los Hijos de Tuta) is headed by one of Toronto's pioneers in the latin music scene,  musical director and multi-percussionist,
​Wilson Acevedo.

In 8 years, Los Hijos de Tuta has established itself as a much loved tropical band in Canada, with Central and South American rhythms like  CUMBIATON, PARRANDA, SON, BACHATA ,PASEO SANJUANERO, AND MERENGUE COLOMBIANO. Acevedo attributes the band’s popularity to the upbeat, infectious nature of caribbean parranda music – known in Colombia for getting people up and dancing at parties and celebrations!

The music of Colombia is an expression of Colombian culture, which contains diverse music genres, both traditional and modern, according with the features of each geographic region, although it is not uncommon to find different musical styles in the same region. The diversity in musical expressions found in Colombia can be seen as the result of a mixture of African, native Indigenous, and European (especially Spanish) influences, as well as more modern American, Caribbean, Cuban, and Jamaican musical forms

Colombia is known as "The land of a thousand rhythms' but actually holds 1,025 folk rhythms
Some of the best known genres are cumbia Parranda vallenato. The most recognized interpreters of traditional caribbean and afrocolombian music are Totó la Momposina and Francisco Zumaqué.

​The band's first CD "SIGUELE SIGUELE" was released in Toronto Canada in 2013.
For Future events please contact our

sonicbids
HISTORY OF COLOMBIAS MUSIC PARRANDERA
in the decade of the forties, entire Colombia danced to Jose Maria Penaranda's music, musician and singer from Barranquilla that introduced the spicy music and of double meaning in Colombia, with the tasty parrandero rhythm, path that the sincelejano José Rafael Narvaez also cultivated, known as the Mono Narvaez

This lively, dance music, and with double meaning, soon began to be imitated by musicians and singers of the interior, mainly inhabitants of the eje cafetero, known in English as the Coffee Growers’ Axis or what many know as Antioquia the Great. Because of the acceptance of its pioneers and followers, they became PARRANDA music legends.
When the parrandera music came into the interior of the country, a set of specific instrumentation began to interpret this music composed of guitar, tiple and mandolin. In some cases we included accompaniment of other instruments, especially the guiro and guacharaca, to make it more festive. December is the favorite time to spread this genre and there are many radio stations that are dedicated only to this genre.
now we wellcome LOS HIJOS DE TUTA to continue the legacy
Powered by